Home ▸ Games ▸ An overview of the evolution of puzzles

An overview of the evolution of puzzles

Puzzles are different types of games or problems which are presented to people, to test their ability to solve them. Puzzles challenge a person to think logically and find solutions, to put random pieces of the puzzle together to complete the intended objective. People who are good at working backwards to figure out the solution will be generally good at solving puzzles since the main idea is to put back together, what’s in pieces.

These are games which have been developed since the early 1700’s, called jigsaw puzzles. An image or a pattern is formed when you try and put together all the individual pieces. Some are time trial wherein the puzzle has to be solved within the stipulated time. others are simply leisure ones which are played over a long weekend to relax and bond with the person you are playing with.

Puzzles generally boost analytical thinking and logical reasons to understand different shapes, sizes and how to make them all fit together. The ability to recognize patterns and put them all together to match the image which normally acts as a guide.

The evolution started when a British engraver named John Spilsbury had created an innovative method to use puzzles as a mean to teach geography. He used a map to outline individual states and countries, then sawed around the edges to create a pattern so that each state could be removed separately. Thus, he created the first puzzle which then gained popularity amongst the public.

Puzzles were first devised for educational purposes, just like John’s puzzle to teach geography. These puzzles then evolved to forms of entertainment, but are also serious competitions with mathematical and logistical reasoning skills needed.

From a simple crossword puzzle to complex Rubik’s cubes, puzzles have both evolved in shape and formats. There are now international competitions which features the worlds best Rubik’s cube solvers, with prizes and attractive awards to be won.

Puzzles are now no longer your simple leisurely fund games to unwind after a long day, puzzle solver are very competitive and dedicated a significant amount of time and resources to prepare for these competitions. 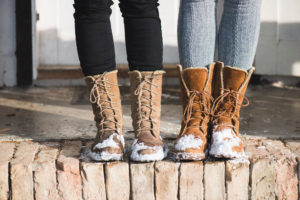 Popular winter boots to look out for

Having a walk when it is snowing is something everyone wishes for. However, the experience could be disappointing if one fails to wear a proper winter fur snow boots. Kids may find the experience of wearing cute fur boots thrilling but think about the adults who have to commute daily for work and ar... 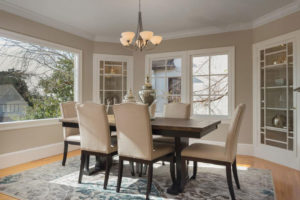 In today’s economy, finding cheap and decent apartment rentals can be challenging. There are many factors you must consider before venturing out to check the local classifieds and find something that fits your budget. Here are a few simple tips to help you find decent and habitable apartments whil...

Water is the most crucial factor in a cat food. If you have a feline, you might be aware of the fact that cats have a low thirst drive. Subsequently, feeding your feline friend with the best grain-free wet cat food, either canned or homemade has its great health benefits. The best wet food for c...